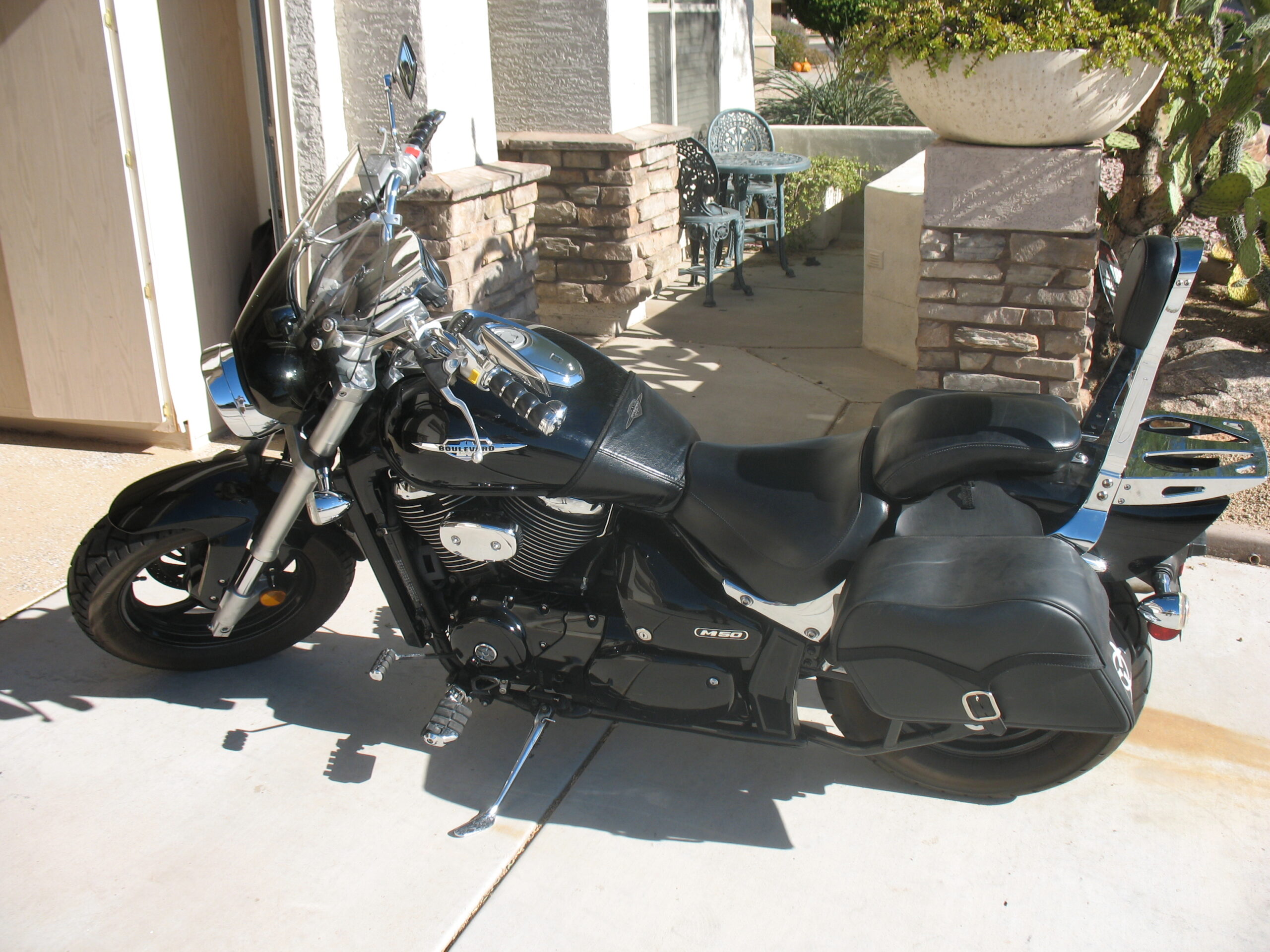 I found the Suzuki M50 to be an amazing, economical, and not overly ridiculously loud motorcycle that took me from A to B with ease. The amazingly fun bike was my daily driver most of the time.

I purchased my first motorcycle in June of 2007 after completing my MSF course. I had a pretty good idea of what I wanted and found it rather quickly. So I added this Suzuki M50 to the vehicles.