Blum’s List, what can you say. It’s an excellent compilation of, up till 2017, a country in which the United States has interfered with their elections. To me, it’s a god damn shame that not only are these facts, that they are unknown or unrecognized by media as it does not serve their interests.

This is otherwise a complete listed post from Beastrabban’s blog, aka Blum’s List. And what is most important about Blum’s list? You didn’t even know any of it had happened. Blackholed.

A few days ago I posted up a list of the nations in William Blum’s Rogue State: A Guide to the World’s Only Superpower where the US had interfered in its politics to block the election of a left-wing or liberal candidate, have them overthrown, or colluding and gave material assistance to a Fascist dictator and their death squads. As well as outright invasions, such as that of Grenada and Panama under Reagan and Bush in the 1980s, and the invasions of Afghanistan and Iraq under George Dubya.

Blum also has a list of countries, where the US has interfered with their domestic politics to pervert their elections. These include

Setting up by the CIA of a front organisation, the National Movement for Free Elections to promote its favoured politicians and policies, giving finance and other assistance to those candidates, disinformation, and drugging and plotting to assassinate their opponents.

Long-running campaigns against the Communist party and to assist the conservative Christian Democrats.

CIA funding of President Camille Chamoun and other pro-American politicians; sabotaging of campaigns of politicos sceptical of American interference in their country.

CIA donated a million dollars to Centrist Coalition to attack the electoral chances of President Sukarno and the Communist party.

CIA and Agency for International Development funded politicos opposed to President Joao Goulart, as well as other dirty tricks against various other candidates.

US ambassador John Bartlow Martin instructs the heads of the two major parties before general election that the loser would call on his supporters to support the winner, and that the winner would offer seats to the loser’s party. Also worked with the government to deport 125 people, including supporters of previous dictator Trujillo and Cuba.

Overthrow of General Miguel Ydigoras, as they feared he was about to step down and call a general election, which would be won by previous reforming president and opponent of American foreign policy, Juan Jose Arevalo.

Funding by CIA and Gulf Oil of campaign of president Rene Barrientos. The CIA also funded other rightwing parties.

Interference in the 1964 and 1970s elections to prevent the election of Salvador Allende, democratic Marxist, to the presidency.

CIA funded moderates, including Mario Soares and the Socialist Party, and persuaded the other democratic socialist parties of Europe to fund them in order to block radical programme of generals, who had overthrown Fascist dictator Salazar.

CIA funding of opposition parties and use of legal methods to arrange overthrow of prime minister Gough Whitlam because he opposed Vietnam War.

CIA-funded campaigns first of all to support Noriega, and then against him in 1989, when the CIA also used secret radio and TV broadcasts.

1984: Attempt to discredit the Sandinista government by CIA. The opposition coalition was persuaded not to take part in the elections. Other opposition parties also encouraged to drop out; attempts to split Sandinistas once in power.

1990: Funding and partial organisation of opposition coalition, UNO, and its constituent groups by National Endowment for Democracy to prevent election of Sandinistas under Daniel Ortega; Nicaraguans also made aware that US intended to continue proxy war waged by Contras if they elected him.

CIA supported for selected candidates after end of Duvalier dictatorship. Country’s main trade union leader claimed US aid organisations were smearing left-wing candidates as Communists and trying to persuade rural people not to vote for them.

Interference in both countries election to prevent re-election of Communists.

Extensive backing and support to Yeltsin to defeat Communists.

National Endowment for Democracy funded and helped form the opposition National Democratic Union, and drafted its platform, a Contract with the Mongolian Voter, based Newt Gingrich’s Contract with America. The goal here was to accelerate the regime’s privatisation programme and create government favourable to the establishment of American corporations and intelligence agencies in the country.

US smears against Sandinista leader, Daniel Ortega, accused of human rights violations and terrorism. US ambassador openly campaigned for Ortega’s opponent, Enrique Bolanos. US also pressurised Conservative party to withdraw from the elections so as not to split right-wing vote. There were also adds in the papers signed by Jeb Bush, claiming that Dubya supported Bolanos. Bolanos himself also stated that the Americans had told him that if Ortega won, they would cease all aid to the country.

Extensive campaign against socialist candidate Evo Morales because he was against neoliberalism and big business, as well as the attempts to eradicate the coca plant, the source of cocaine.

US ambassador smeared him with accusations of connections to drug cartels and terrorism. US Assistant Secretary of State for Western Hemisphere also said America could cut off aid if Morales elected. Meetings between US ambassador and officials and leading figures in rival parties to support Morales’ rival, Sanchez de Lozada.

Warnings by US ambassador to the country and the US ambassador to NATO that if they elected Vladimir Meciar, former president running on anti-globalisation campaign, this would damage chances of their country entering EU and NATO. Also interference by National Endowment for Democracy against Meciar.

Campaigning by US ambassador and three US Republican members of congress, including Thomas Tancredo of California, threatening cessations of aid and work permits for the countries’ people to work in America, in order to prevent election of FMLN candidate Schafik Handal and win victory of Tony Saca of the Arena party. FMLN former guerilla group. Handal stated he would withdraw Salvadorean troops from Iraq, re-examination privatisations and renew diplomatic contacts with Cuba. Arena extreme rightwing party, pro-US, free market, responsible for death squads and the murder of Archbishop Oscar Romero.

Pressure placed by US ambassador, Zalmay Khalilzad, on political candidates to withdraw in favour of Washington’s preferred candidate, Hamid Karzai.

Massive pressure by the Americans to prevent the election of Hamas, including funding of the Palestinian Authority by the National Endowment for Democracy.

This last country is my own suggestion, not Blum’s.

Go and read various articles in Lobster, which describe the way the US and its various front organizations collaborated with the right-wing of the Labour party to stop possible Communist influence. In the 1980s Reagan also created the British-American Project for the Successor Generation, alias BAP, to cultivate rising politicians of both the left and the right, and make them more favorable towards America and the Atlantic alliance. These included Tony Blair and Ed Balls, but you won’t read about it in the Times, because it’s editor was also a BAP alumnus. 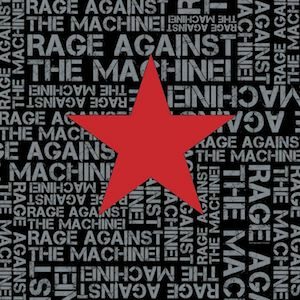