The Evils of Rock and Roll – I mean really? Two non-Dream Theater/Redemption/Nuclear Assault posts in a row? Come on, Man!.

This is the second of, umm, two… Bigelf related posts. The first being Money It’s Pure Evil and It’s The Bitter End |2021, of course.

OK, fine. I’ve listened to these two tracks a bunch of times as of late. They are really hitting a nerve inside of me, something some may know (yes you, you there in the front).

There’s something intriguing about the song and what it represents. It’s not just how the lyrics are written, but also the pain in which they are written.

You don’t write material like this without a reason. Just ask Pink Floyd. They knew the score, they wrote to deal with it a few times or so.

But back on Bigelf… Well, get fucked a time or two and you write content like this. I mean, if you got fucked at X, you’d want to make sure people knew about it sans an NDA.

You might as well change the title to “The Evil’s of Man!”. Fucking humans… “you suck like a fox”. Yes, look it up.

Whenever I’ve listened to this, any time over the last 13 years, it always has been something I’ve emoted about whenever it came. It wasn’t a harbinger of doom, just seems to be a sign of shit to come.

And yes, shit it will be. It’ll rain shit. Shit will be everywhere. You’ll slip and fall into shit. There’ll be shit on the escalator handle. Your soda will taste like it. Your shitty fast food will too. OK, it already tastes like that.

And with that shitty introduction, I give you this track. Don’t make me say it. OK?

Check out the Youtube video for Bigelf – The Evils of Rock & Roll.

Well, you’ve reached the top
You can stay there til you flop

Think your managers got your back
He’s counting money by the stacks
It’s slipping through the cracks, don’t you know
It’s the evils of rock and roll

You’re on a high what a feeling and you can’t stop
You’ll end up strung out and reeling, til you drop dead

Well, I feel I’ve been double crossed
When I think of the friends I’ve lost
It’s all part of the cost, don’t you know
It’s the evils of rock and roll

It’s the evils of rock & roll 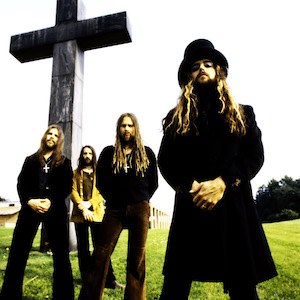