He seems rather like a strong personality who doesn’t really reveal his innermost feelings. The Capricorn man has many such traits that are so typical to people who belong to this zodiac sign.

Understanding a Capricorn man’s behavior is not really so difficult if you check out some of the traits mentioned below.

People who believe in astrology know how certain traits of a person are based as per their sign of the zodiac. When one studies the zodiac signs, it often gives us a clue about the basic nature of the person.

I have a friend who was quite complicated to understand. When I learned about his zodiac sign, it somehow unveiled a few things about his nature. Understanding a Capricorn male’s behavior is not really as difficult as it may seem initially.

For those who are still struggling to know the same, here are a few traits to know and understand the behavior of a Capricorn man.

Understanding a Capricorn Male’s Behavior:
A Capricorn man (Born between December 21 to January 20) is rather calm in his behavior. He is rather a dreamer as well. His imagination often takes him to new heights!

So, if you are his girl, you should probably not lose your cool if you feel his attention has been diverted! Sometimes you may feel your Capricorn man may be too reserved in nature.

This is because; the Capricorn man may sometimes build a wall around him so breaking that wall would be a tad difficult for you. There are many times, a Capricorn man would prefer his solitude and in that case, he would better be left alone.

To understand a Capricorn man, you would need to know that he may appear reserved on the outside, but deep down inside, he would nurture true feelings for the ones he loves.

The Capricorn man is not the party animal, but he would surely be seen at social gatherings. He would be the quiet and calm person at the party rather than the flashy and flamboyant types.

A Capricorn man would be extremely polite in nature. This distinguished personality would know how to treat a lady in style! A Capricorn man may seem reserved in his behavior but he is surely a family person and would take good care of his family members.

For him, his family would always come first.

To understand a Capricorn man, you would need to know that he is a bit of a perfectionist. He would want his woman to be good at whatever she does. For him, she should be a good mother to his children also a good homemaker.

This man is basically a true romantic at heart. He may not display all his emotions because a Capricorn man would prefer to hide his emotions rather than make a public display out of it.

This charming man may not be able to exhibit his love in a flamboyant manner; in that case, you would really have to make an effort to know him well and take a peek into his heart to gauge his deepest feelings.

To understand a Capricorn male completely, you would need to know that you are with a person whose love only gets richer with age (like a bottle of wine!).

You would need to build your faith and have trust in him to know him completely. Once you understand all his basic traits, you would probably be able to manage things better between the two.

Understanding a Capricorn man’s behavior is not like rocket science. Once you get to know him well, you are bound to enjoy the relationship you share! 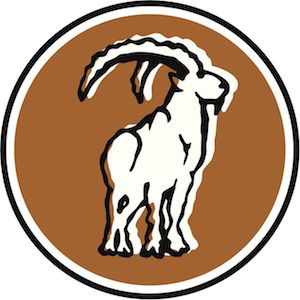