The One. The Only. One of the GREATEST segments on TV, and in this case, What If? got Judge Napolitano fired from Freedom Watch, The Fox Business Network

What if elections were actually useful tools of social control? What if they just provided the populace with meaningless participation in a process that validates an establishment that never meaningfully changes? What if that establishment doesn’t want and doesn’t have the consent of the governed? What if the two-party system was actually a mechanism used to limit so-called public opinion? What if there were more than two sides to every issue, but the two parties wanted to box you into a corner, one of their corners?

What if there’s no such thing as public opinion, because every thinking person has opinions that are uniquely his own?

What if the whole purpose of the Democratic and Republican parties was not to expand voters’ choices, but to limit them?

What if the widely perceived differences between the two parties was just an illusion?

What if the heart of the government policy remains the same, no matter who’s in the White House?

What if the heart of government policy remains the same, no matter what the people want?

What if those vaunted differences between Democrat and Republican were actually just minor disagreements?

What if both parties just want power and are willing to have young people fight meaningless wars in order to enhance that power? Source: LYBIO.net

What if both parties continue to fight the war on drugs just to give bureaucrats and cops bigger budgets and more jobs?

What if government policies didn’t change when government leaders did?

What if no matter who won an election, government stayed the same?

What if government was really a revolving door for political hacks, bent on exploiting the people once they’re in charge?

What if both parties supported welfare, war, debt, bailouts and big government?

What if the rhetoric that candidates displayed on the campaign trail was dumped after electoral victory?

What if Barack Obama campaigned as an antiwar, pro-civil liberties candidate, and then waged senseless wars while assaulting your rights; that the Constitution is supposed to protect?

What if Ronald Reagan spent six years running for president, promising to shrink the government, but then the government grew while he was in the White office? What if, notwithstanding Reagan’s ideas and cheerfulness and libertarian rhetoric, there really was no Reagan Revolution at all?

What if all this is happening again? What if Rick Santorum is being embraced by voters who want small government even though Senator Santorum voted for the Patriot Act, for an expansion of Medicare and for raising the debt ceiling by trillions of dollars?

What if Mitt Romney is being embraced by voters who want anyone but Barack Obama, but they don’t realize that Mitt Romney might as well be Barack Obama on everything from warfare to welfare?

What if Ron Paul is being ignored by the media not because as it claims he’s unappealing or unelectable, but because he doesn’t fit into the pre-manufactured public-opinion mold used by the establishment to pigeonhole the electorate and create the so-called narrative that drives media coverage of elections?

What if Mitt Romney wins and ends up continuing most of the same policies the Barack Obama promoted? What if Barack Obama’s policies, too, are merely extensions of those from George W. Bush?

What if we can make elections matter again? What if we could do something about this? 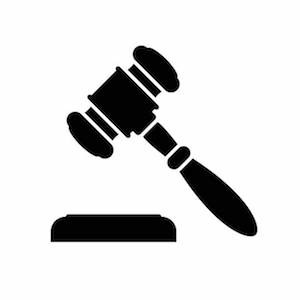