From the creators of ‘Here Comes Trouble‘ for which Truffle Buffle, The BEST Actual Cat |2005, Hey Dude. I mean really?

Check out the Youtube video for SCATTERBRAIN – Don’t Call Me Dude.

Here’s my story, sad but true
About a girl that I once knew
She broke my heart, I became unglued
It all started when she called me dude

Well today I leave the psycho ward
‘Cause my sentence did conclude:
I had killed a man with my bare hands
Because he called me dude

The jury said that I was insane
Temporally insane – brain strain
But now the doctors say I’m A-O.K
So I start my new life today

I was in love feeling sky high
When a big blonde lifeguard walked by
He looked at her, she looked at him –
I knew it was goodbye

He took her by the hand, kicked sand in my face
She looked & laughed & said, “Later, Dude!”
They were gone without a trace
And the waves echoed her laughter
And her words…Yo, later, Dude

Later that night I was in such a bad mood
I was sittin’ in a bar drinkin’ hard, getting stewed
Thinkin’ ’bout that girl & how ’bout I’d been screwed
When some guy walks in sits next to me & says
“What’s up, dude?”

I heard the word “dude” & I became unglued
Slowly I turned, step by step, inch by inch
And put my hands around his neck, and I squeezed…

I was smiling as I left that place
My life had been renewed
The guard at the gate, he stamped my pass
And he said, “Yo, later, Dude!” 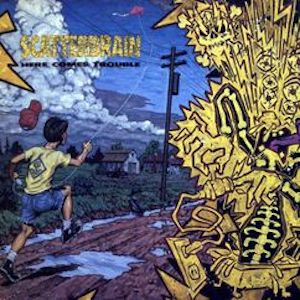