Just release yourself – From the scars you inflict on yourself – When you’re wounded by no one else – Rise above pain, move past my despair – And put down the cross that I’ve made myself bear

If there were ever words that were complete and absolute echo’s of myself, my life, and my actions. If there was ever a case for me to note that something was clearly in my mind. This.

I heard this for the first time on July 25th, 2007 at the Dodge Theater here in Phoenix, AZ, with my close friend Rena. We were both unfamiliar with Redemption going into the show.

I heard it live again on August 22nd, 2007, right after Brandy Rai’s passing, In Wallingford, CT. This time alone.

I had gone back to NY to see family and the timing was super shitty, but I did get to see Dream Theater again on that tour. Surely I’d not have gone to see anyone other than DT?

The second viewing of Redemption cemented my interest in them, their musical styles, and probably most importantly, the quality of their writing. The song meanings, if you will, are so strong (to me) it is impeccable.

There are things in all of our lives that spur us to greatness, and others that drive us insane. There are things that drag us down, and yet other things allow us to soar. We are defined by nothing.

I don’t want to preach, nor go on and on about Existentialism Duality be dammed. We all have our shit, and how we release ourselves from it defines who we are.

Not to others, but to ultimately the most important one in the room. No, not me. It is you, all of you (queue Iron Maiden)…

If you ever want to gain a different perspective of reality, the multiverse, I encourage and implore you to watch Rick And Morty. Specifically, S02E06, The Ricks Must Be Crazy. Now that’s just super crazy shit. CRAZY!

Lying here surrounded
By the pieces of my life
Would it all be easier
If I lay me down to die
Dreams piled high
On the back of this broken man
Is this all? Born to fall?
Or to rise again?
So much pain and disillusionment
Everything I once felt sure about
We’re all lost if we don’t know
It’s a game that we are all playing
The motions of all our counterparts
A piece of sinister scheme
The puppet that’s broken has reason to smile
They can no longer force him to dance on their strings
Why shrug off the chains? If you wrap them about
You’ll be sunk to the bottom and drowning
The clockwork behind their smiles
Wound by hands that were made to harm
Just release yourself
Cause they can’t rape the willing
Or take what you have if there’s nothing else
Tired of life and filled with despair
And covered with blood from the crosses I bear
But I’m still standing
Should I make myself crawl?
Seems so counter to our nature
Accepting with grace the things we can’t change
But when all’s said and done and you’re wronged and deceived
Then it matters the most what you choose to believe
Should I fight against fate
Or should I just lay down and die?

The puppet that’s broken has reason to smile
But the strings can’t control you if you walk away
No more tears of disillusionment
I’ll be a puppet no longer
The hands that I thought had held me
The clockwork behind their smiles
They’ll not have control over me
I’ll stand up and leave them behind
Just release yourself
Cause they can’t rape the willing
Or take what you have if there’s nothing else
Tired of life and filled with despair
And covered with blood from the crosses that I bear
But I’m still standing
Should I make myself crawl?
Just release yourself
From the scars you inflict on yourself
When you’re wounded by no one else
Rise above pain, move past my despair
And put down the cross that I’ve made myself bear
Now I’m still standing
And I’m not gonna crawl 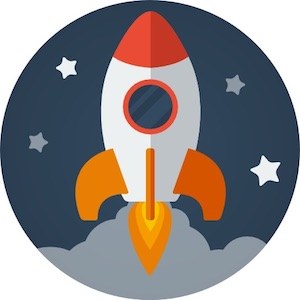